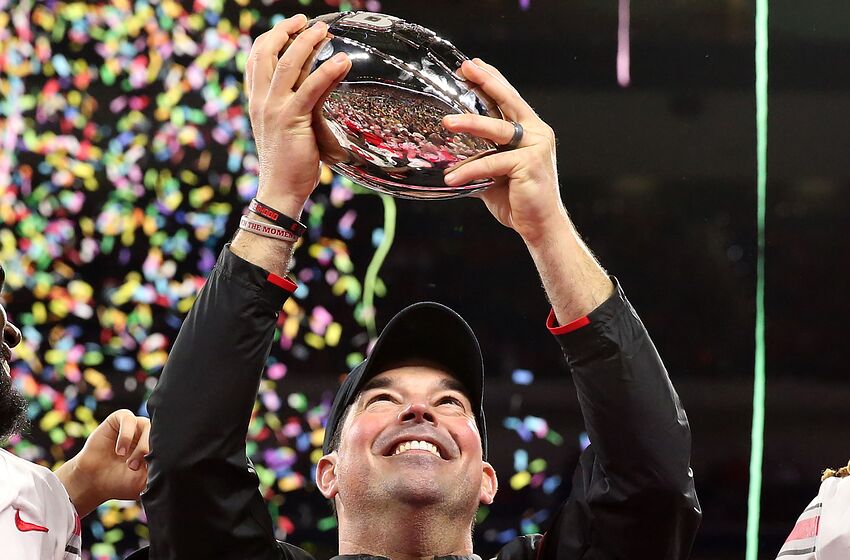 INDIANAPOLIS, INDIANA - DECEMBER 07: Head coach Ryan Day of the Ohio State Buckeyes holds up the Big Ten Championship trophy after a win over the Wisconsin Badgers at Lucas Oil Stadium on December 07, 2019 in Indianapolis, Indiana. (Photo by Justin Casterline/Getty Images)

When you compare the differences between Clemson football and Ohio State, there is one glaring disadvantage for the Tigers.

The 2019 Clemson football team clinched a spot in the CFB Playoff with a 62-17 win over Virginia in the ACC Championship game last Saturday.

The Tigers finished 13-0 for the second-straight season and are now in the CFB Playoff for a fifth-straight year.

Dabo Swinney has gotten this Clemson football program to the top of the mountain and the Tigers are now looking to repeat as National Champions.

When you look at the talent and depth of Clemson football, it’s clear that the Tigers match-up well and even have advantages over their opponent Ohio State, despite the fact that the Buckeyes are ranked ahead of the Tigers.

However, there’s one area within the game that Ohio State will seemingly have a clear advantage: Field Goal Kicking.

When you compare the Tigers and Buckeyes in terms of talent, as well as offensive and defensive production, they come out very similar. Both teams have averaged beating their opponents by more than 30 points per game and they’ve been the two most complete teams in the nation this season, according to the vast majority of analysts.

But when you look at field goal kicker, the Buckeyes have an advantage.

Interestingly enough, Potter is 2-for-2 on attempts of 50 yards or more.

Though Haubeil isn’t the nation’s best kicker, he has been a consistent option for the Buckeyes and he just hasn’t had as many mental lapses as it seems Potter has had during this season.

Next: 4 reasons Clemson would love a Big Ten schedule

If this game comes down to a field goal, Ohio State has an advantage and Tiger fans certainly won’t be comfortable. Clemson will need to take advantage of its other areas and perform at a high level to keep that from happening.