Clemson Tigers offense strong in talent, weak in experience by Ben Greeson
Clemson Football Recruiting: Top 10 Big Board by Anthony Messenger
Next1 of 5Prev post
Use your ← → (arrows) to browse 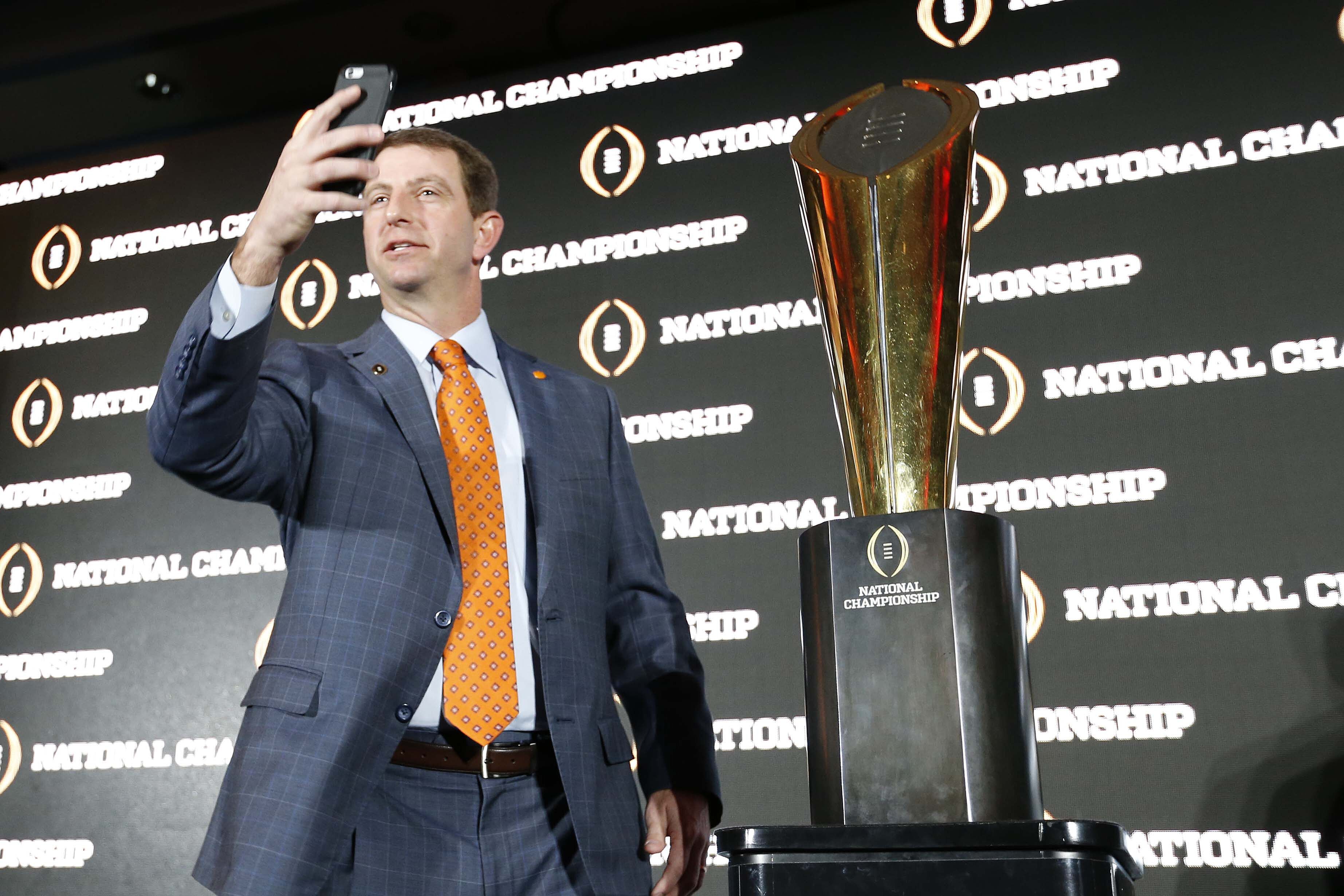 Now that Dabo Swinney has a National Title on his resume as a head coach, I think it’s about time we reevaluate the best coaches to ever coach in the ACC.

Related Story: Can Clemson's young offense get the job done in 2017?

If you surveyed any random group of college football fans and ask them to name the top 5 coaches in the nation, there’s a good chance most of them would have Dabo Swinney on their list. After his recent run of 11 win seasons and a national title win over Alabama this year, Dabo certainly belongs in the conversation.

But in terms of all-time lists, should Swinney be in the discussion? No doubt he is in regards to ACC coaches. Is Dabo Swinney already the second best coach ever in ACC history?

The Unquestionable Number One

Let’s start with the question “Is he the best ever in the ACC?” That can be answered, for now at least, with a decided no. The best coach ever to grace the sidelines in the ACC is Bobby Bowden, and it’s not close. Bowden amassed over 400 wins in his career, 304 coming at Florida State alone (it would be more if 12 wins weren’t forcibly vacated by the NCAA for rules violations). From 1992-2005, Bowden won 12 ACC titles and 2 National titles. After FSU joined the ACC, Bowden went 11-7 in bowls. In 2006, he was inaugurated into the College Football Hall of Fame. Bobby Bowden is hands down the best coach the ACC has ever seen. That won’t change anytime soon.

With that said, the debate for the second-best ACC coach of all time is wide open. There are several worthy candidates. Where would Dabo Swinney rank among them?

Next: Non-Qualifiers
Next1 of 5Prev post
Use your ← → (arrows) to browse
Load Comments
Event Tickets
Powered by StubHub
Top Stories